Google has big plans for Google Wave, its new online communication service—and they won't all come from Google.

The Web search giant is hoping that software developers far and wide will create tools that work in conjunction with Wave, making an already multifaceted service even more useful. Google (GOOG) is even likely to let programmers sell their applications through an online bazaar akin to Apple's App Store, the online marketplace for games and other applications designed for the iPhone. "We'll almost certainly build a store," Lars Rasmussen, the Google software engineering manager who directs the 60-person team in Sydney, Australia, that created Wave, told BusinessWeek.com. "So many developers have asked us to build a marketplace—and we might do a revenue-sharing arrangement." 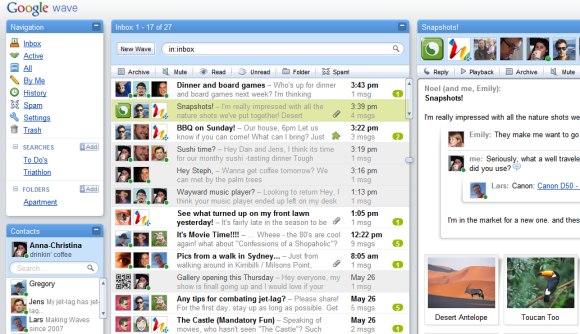 Combining instant messaging, e-mail, and real-time collaboration, Wave is an early form of so-called real-time communication designed to make it easier for people to work together or interact socially over the Internet. Google started letting developers tinker with Wave at midyear and then introduced the tool on a trial basis to about 100,000 invited users starting on Sept. 30. Invitations were such a hot commodity that they were being sold on eBay (EBAY). For Google the hope is that Wave, once it's more widely available, will replace competing communications services such as e-mail, instant messaging, and possibly even social networks such as Facebook.

If Wave takes off, applications created by outside developers could make it more useful, and an app store would give those programmers and their financial backers a share in Wave's success. Already, independent software developers have built and tested Wave applications that handle such tasks as teleconferencing, videoconferencing, and multiplayer gaming.

Wave wouldn't be Google's first stab at an app store. Google runs Android Market, which sells third-party software for phones such as the T-Mobile myTouch 3G and shares 70% of those sales with developers, keeping the rest. Android Market offers about 10,000 apps, compared with the more successful Apple (AAPL) App Store, which sells software for the iPhone and iPod touch devices and boasts more than 85,000 apps.

Hi , I have started new video series of postman tutorial hope it will be helpful:Please give me your feed back in comments and like and sub... 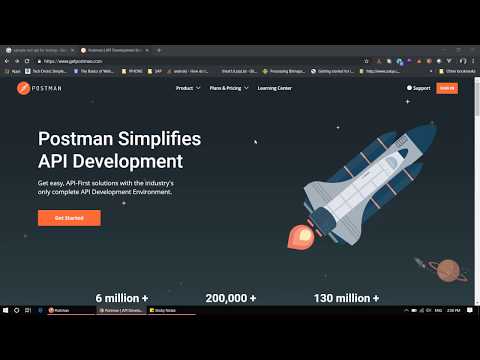